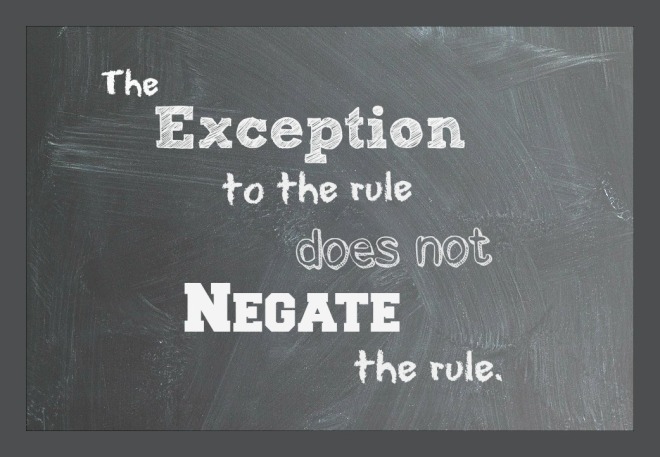 Politics. Ahh – rrrghhhhh! They get so beastly … so nasty … so quickly. I have noticed a pattern as I have discussed points of view with many of my friends who agree and many who oppose my opinion. First of all, it seems to me that many of my friends who are liberal minded care deeply about  social issues that deal with exceptions to the rule. My friends who are more conservative minded care about those effected, but worry more about the oppression that will happen if we make those exceptions ‘the law’ rather than ‘the accommodation.’

Let me give an example using gay marriage. Previously, the law of the land was such that those who lived as homosexual partners were being oppressed (not given legal rights to care for children, have domestic health insurance, etc.). The accommodation to the rule, that I believe would have worked the best, would have been civil unions. This would have given the legal rights to the partners who desired to make a life together, while still upholding the views of  the majority (as evidenced by the vote of the will of the people in the cases of marriage protection acts) regarding marriage. Instead of having discussion and understanding others’ points of view and needs, Judges have overruled the will of the people and the exception has now become the rule (the far reaching affects of ignoring the voice of the people is a blog post for another day).

“Why should this matter?” say many of my friends.

Because, now the law becomes oppressive to the majority. Rather than finding a way to work together for a solution, the answer has become – “force everyone to act, even if that means to act against their moral conscience.”

Here are some examples – instead of a gay couple going to a photographer who would be happy to take their pictures they would rather force someone (by civil lawsuits) to act against their moral conscience. The same is true for bakers, florists, etc.  – instead of going to those businesses who would be over-joyed to serve them, they seek to force those who disagree to act in ways that go against their moral conscience. Many who are liberal minded shout “hooray” and say “it is the price of citizenship.”

What will happen now when a priest refuses to marry a gay couple?

My liberal friends assure me that this will never happen. That homosexuals only want to work with people who agree with them. This (as evidenced above) is obviously not the case.

Which right in the Constitution is more important to be upheld? The first (which guarantees the free exercise of religion) or the 14th (which is the equal protection clause)?  We know from history that the law and the people of the land haven’t always been kind or tolerant of the free exercise of religion, and yes, vice-versa for the equal protection clause (but that’s another blog post for a new day).

Many people who are not religious will say, “what’s wrong with marrying them, or changing your religion to incorporate all views?” But if we did that, then our religion will cease to be a religion. We would effectively cut ourselves off from that Being which we believe in. We’ve been warned by Him about that [capitalization has been added by me for clarity] –

And it would be better for them if they had not been born. For do ye suppose that ye can get rid of the justice of an offended God, who hath been trampled under feet of men, that thereby salvation might come? 3 Nephi 28: 34-35

You see, those of us who have received the gift of Grace from the Savior are under condemnation if we turn our back on Him, do not carry our cross, or change His laws and statues. We do not have the right nor the inclination to do so. He paid a dreadful price for every act that each of us would commit, simply to give us the opportunity to repent, if we chose to do so. It was completely unfair, and unjust, but I am so grateful that He did. I will not proudly wave my banner in the air proclaiming the opportunity and right to choose to sin at so great a cost.

So now, instead of finding a way to compromise, to allow accommodations for those exceptions to the rule (so that the effected might not feel oppressed) we have created new rules that oppress others.

Unfortunately, this issue is FAR from over and it will only get more divisive over time as we continue to deal with questions that force a religious person to be a part of action that is against their moral conscience (i.e. a pharmacist who is forced to dispense the morning after pill, a doctor or medical person who is forced to perform or help with an abortion, etc.) Can we not find a way to deal with another’s accommodation (for example allowing a different pharmacist to fill the prescription?) Why must we live in a world that insists on ALL have to do it my way without accommodation?

In my job as a professor, I constantly ask my students to discuss matters of disagreement with civility. I ask them to take a look at other sides with an eye of understanding (not total agreement, but with respect toward those ideas and opinions that are different). Then I ask them to come up with solutions that will help. Sometimes we have to table a discussion with the “agree to disagree” compromise which leaves both parties with the ability to walk away with dignity. Mostly, my sweet young students come up with the “too bad, they just have to deal with it because it’s what I want to do” answer, which (though it makes total sense for a kid who truly feels that way) is not a way to live in society!

With the new changes in the US government, I ask my friends, both liberal and conservative to try to discuss rather than name call. To try to understand and allow for differences and accommodations rather than to try and force EVERYONE to go along with your agenda. To at least try to look for a third way that will allow all to live in harmony.

To the believer who hasn’t spent any real time with God, please understand that there are and have been TRILLIONS of God’s children here on the earth and He has a responsibility to all of them (living, dead, and yet to be born) not just to the world as you know it and have experienced it.

I ask my sweet religious brothers and sisters to remember that though we are trying to build a Celestial City, Zion Community, etc (depending on which form of Christianity that you believe in) we are not currently “in one” as a total society. Put away that all of that Righteous Indignation and let’s find kind and merciful ways to build that great Kingdom together (following the example of the Savior who lovingly accepted the person as they were, healed them, and then invited them to live a better life by saying, “go thy way and sin no more.” He did not crack the whip over the broken person’s head with a “you stop doing this or you will go to HELL” mentality. He only cleansed the temple twice in His entire ministry  – NOT on a daily basis on Facebook). I am NOT suggesting that we drop the fight for the souls of our brothers and sisters, but that we put down the whip more often so that people will actually want to listen to the amazing message of the Gospel.

To members of my faith who are currently trying to change the doctrine, I ask you to go and find out WHAT the doctrine is from the PURE source (that’s the scriptures and words of the living prophets, folks. Not the blog posts of the disgruntled who try to make laws based on exceptions to the rules. It takes study, and time, and humility to ask God why things are a certain way, but if you go to Him, He will teach you.)

To my atheist friend, I will always allow you to disagree with me with the mutual understanding that “we shall see” when we come to the other side. If you are right, I’ve lived a good life. If I am right, well … I’m open to a chat about religion anytime you want! 😉 (That’s how I left it with a sweet Bulgarian man who honestly believed in the principle of sharing the shirt off my back if I have two and my brother has none. I admired his goodness and desire to help his fellowman. He promised to listen to my message on the other side if I were right. We left with mutual respect and handshake of good fellowship.)

We can live together. We can find ways to hear each other out and work together to allow others to live freely.

One thought on “Accommodations for Exceptions Rather than Rule Change”