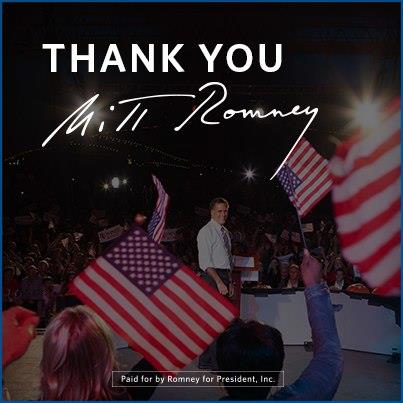 To begin with, I need to give full disclosure. I voted for Mitt Romney last Tuesday. That probably isn’t a shock for those that know me well. It wasn’t simply because Mitt Romney is LDS, though it helped me identify with him more. Much of the reason that I, and many Americans, were voting for him were because we are facing a fiscal problem, the likes of which are staggering to think about and a problem that Mitt’s personal history and experience made him absolutely the right man for the office. I won’t go into all of the particulars, as this is a religious blog rather than a political one. (Though I urge all readers to go and do some reading, especially on both sides of the political spectrum, and yes, that does mean that you republicans should read a few articles from MSNBC – who amazingly enough have now stopped talking about Big Bird and are now talking about the fiscal cliff – and for you democrats, read some articles from **shock** dare I say it – FOX News.)

The reason I bring politics into the fray today is because I was absolutely shocked at the results of the election. So much so, that I was very restless on Tuesday night and lay in bed thinking and praying a lot. I know that many people prayed for a win for the country, for our future, for some ability to face and fight the financial crisis that is looming. I know good people of many different faiths did as well. I mulled over the question and other similar issues deeply for a very long time. Finally, when I was in desperation, wondering why the Lord wouldn’t intervene in such an important question, when so many righteous were asking for it, I felt a jolt, as if someone were shaking me and the thought that came to mind was – “AGENCY!!!”

Agency, moral agency, the power to choose, is the most vital part of our earth life experience.

Let me cite a few examples, (see AGENCY, in the topical guide for a better run-down):

Therefore, cheer up your hearts, and remember that ye are free to act for yourselves—to choose the way of everlasting death or the way of eternal life (2 Nephi 10:23).

That every man may act in doctrine and principle pertaining to futurity, according to the moral agency which I have given unto him, that every man may be accountable for his own sins in the day of judgment (Doc & Cov 101:78).

And finally, probably the one that pulls at my heartstrings the most. Enoch is talking to the Lord, who is crying as he surveys the wickedness of the world. Enoch is shocked, wondering why the God of the Universe would weep. Here’s the answer:

The Lord said unto Enoch: Behold these thy brethren; they are the workmanship of mine own hands, and I gave unto them their knowledge, in the day I created them; and in the Garden of Eden, gave I unto man his agency;

And unto thy brethren have I said, and also given commandment, that they should love one another, and that they should choose me, their Father; but behold, they are without affection, and they hate their own blood (Moses 7:32-33);

That line “that they should choose me, their Father” just makes me want to weep. The God of the Universe, our Father is asking for us to use our moral agency to choose Him, His ways, His path, His Son, His gospel. Not through force or coercion, but because of love for Him. He will not force us to give Him that love.

So, I don’t know why I am so surprised. I’ve read the revelations. I’ve studied history. I know how things will go when people stop thinking about big issues like Bengazi, $16 trillion in national debt, self-reliance, and God’s will on social issues, and start looking at small things – like Big Bird, birth control, and a host of other small issues that I like to call – bread and circuses.

There is one consolation, that’s the revelations. I don’t mean the Book of Revelation, though that’s part of it. I mean the revelations of the prophets for our time. People may laugh and scorn me for saying it, but it’s amazing to me that prophecies of Isaiah, Daniel, the Apostles, and Nephi (to name a few) have come to pass (just pick up a history book) and are so very relevant today. I have been amazed at how many scriptures have flooded my mind in the past two days.  How much makes beautiful, logical, sense. Perhaps in this paragraph, I’m being cryptic – maybe it’s to give you a chance to go to the revelations yourself.

Perhaps the revelations are more natural so that we will continue to have to use our agency to “choose God”. I mean, this earth life is a test, is it not – “And we will prove them herewith, to see if they will do all things whatsoever the Lord their God shall command them” (Abraham 3: 25).

Agency, moral agency, and the right to direct it is fundamental to our lives. However, the consequences of those choices are not ours to decide. Remember the story of the little girl who wanted to pick and choose choices AND consequences:

Our grandchildren are learning that when they make a choice, they also choose its consequences. Recently one of our three-year-old granddaughters refused to eat her dinner. Her mother explained, “It’s almost bedtime. If you choose to eat dinner, you are choosing ice cream for dessert. If you choose not to eat dinner, you are choosing to go to bed now, without ice cream.” Our granddaughter considered her two choices and then stated emphatically, “I want this choice—to play and eat only ice cream and not go to bed.”

Brothers and sisters, do we wish we could play, eat only ice cream, never go to bed, and somehow avoid consequences like malnutrition and exhaustion?

In the end, Agency matters to our God. Using it matters to Him and to our Eternities. What will happen as a result of this election? Well, I will continue to pray for the country I love. I hope that things will get better, though just days after the election, the stock market has gone down and massive layoffs and business closures are on the horizon. It might get better, but I’m trimming the oil for my lamp just in case the divide on the country of almost 50-50 isn’t just about politics but has a much deeper, and much more important Spiritual message for those who have “ears to hear“.

*This page has been changed from the original. Previously it listed two revelations and gave some interpretation.

2 thoughts on “Elections and Agency”